Connecting with Do Ho Suh

“The space I’m interested in is not only a physical one, but an intangible, metaphorical, and psychological one” 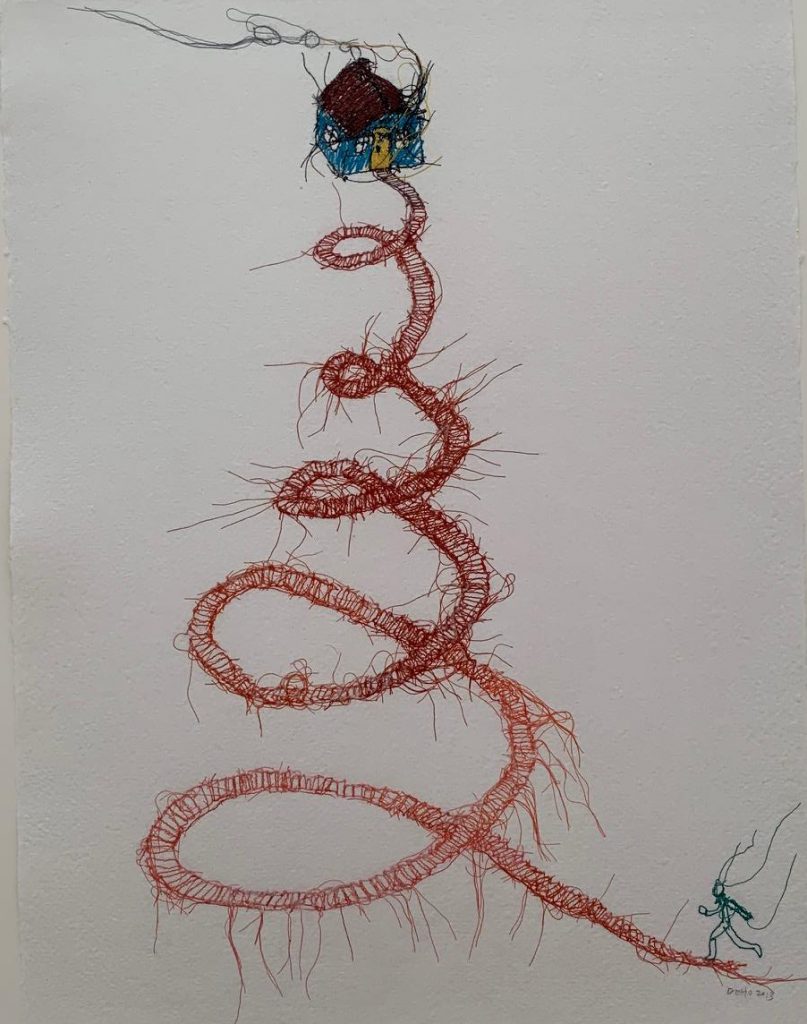 Do Ho Suh is a South Korean artist. He has an interest in the way in which we relate to the spaces in which we live and what it means to feel at home. His decision to move from South Korea to the United States was one of the most difficult choices in his life. This being far from home, made him aware of the concept of a home. For him, a house is a kind of second skin, like a cloth that forms a comfortable space around the body.
As an expat, I connect a lot with his vision. 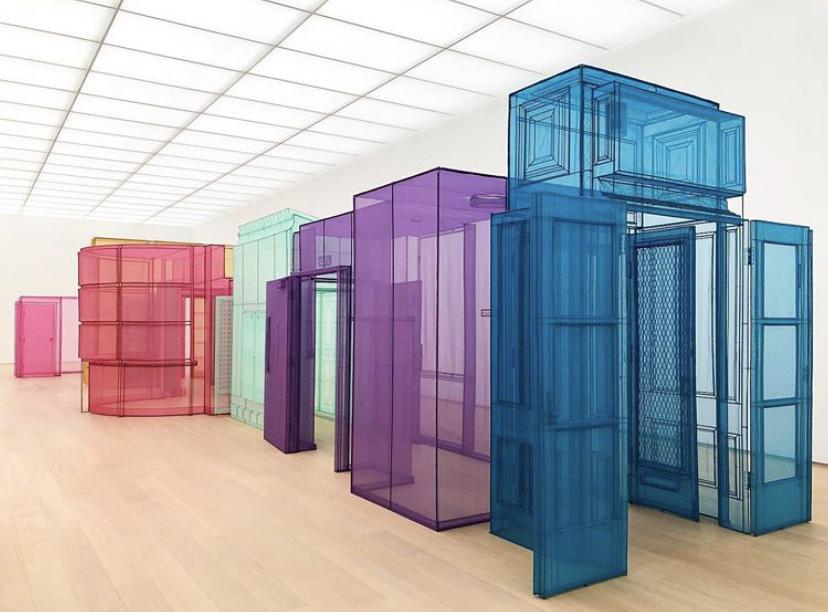 When you walk into this room and you admire this colorful installation, you know you never forget this work and its meaning.

These hubs are made of polyester fabric and stainless steel. They are components of different houses in which Do Ho Suh has lived in New York City, London, Seoul and Berlin. The act of moving through them intends to impart a distinct emotional experience of crossing boundaries and moving between psychological states.

You can’t not notice the details. It seems so real! 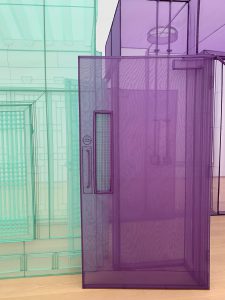 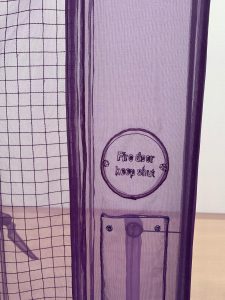 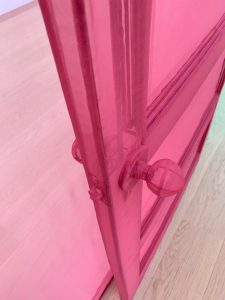 The hidden message is that life is like a corridor, along which each of us moves to and through different spaces. Feeling at home is an emotional concept and home is not only a structure of walls. These in-between spaces symbolize the body’s mental journey, the life, the moments between one destination to another. We should feel and live these instants more than the final goal. 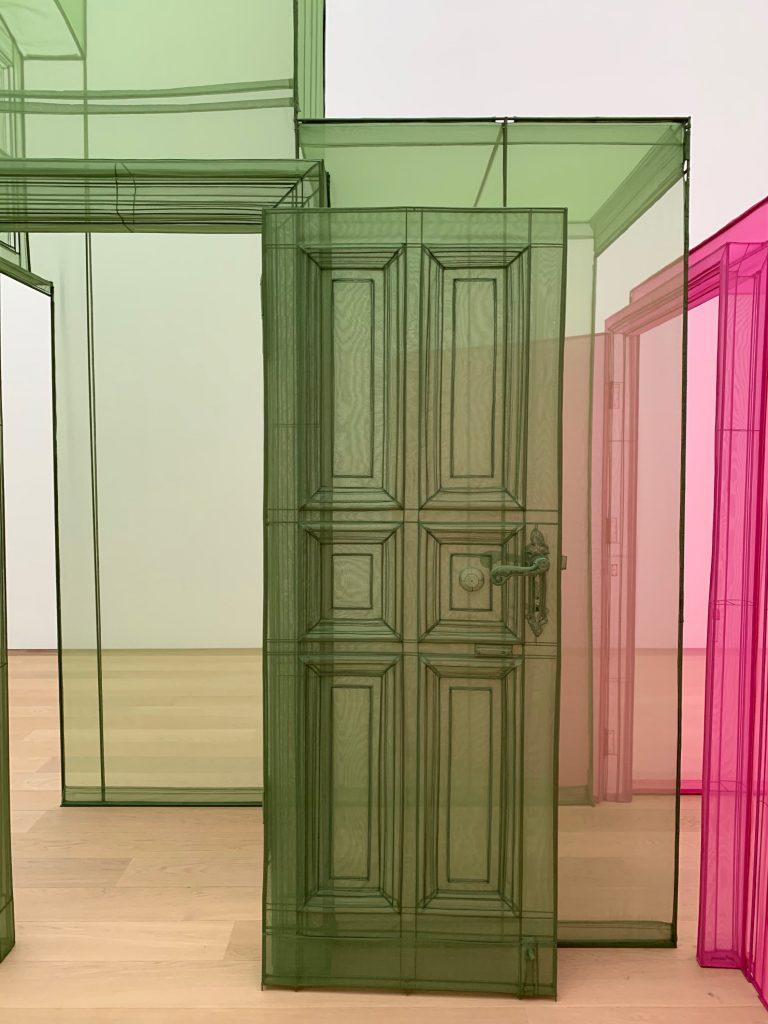 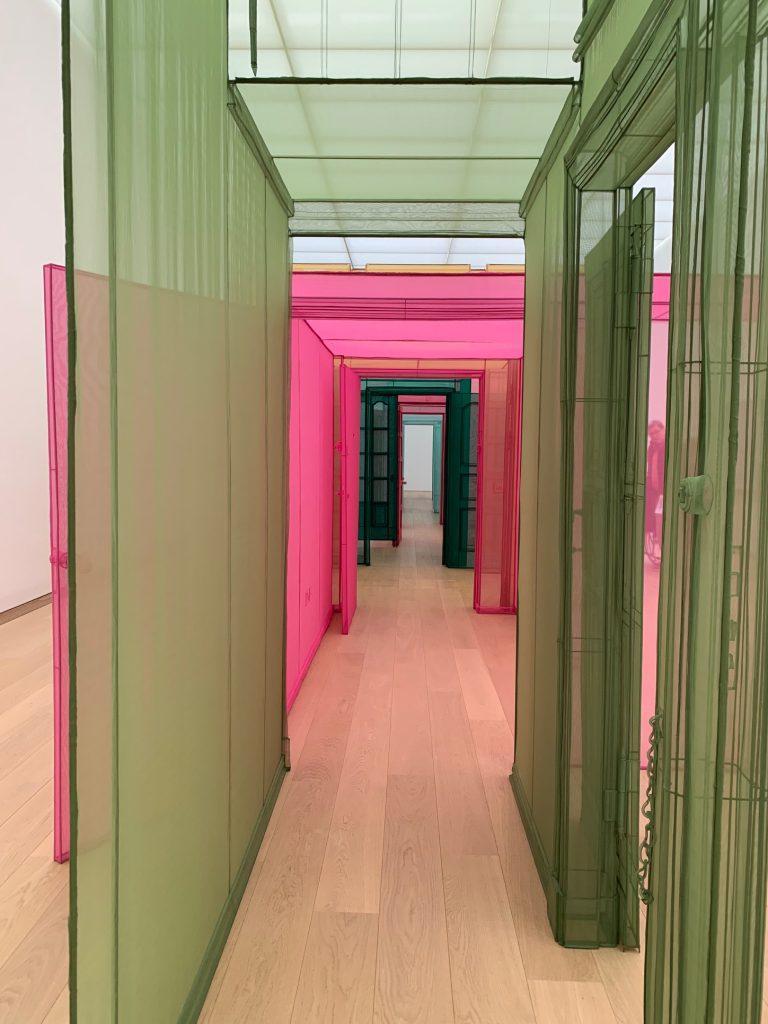 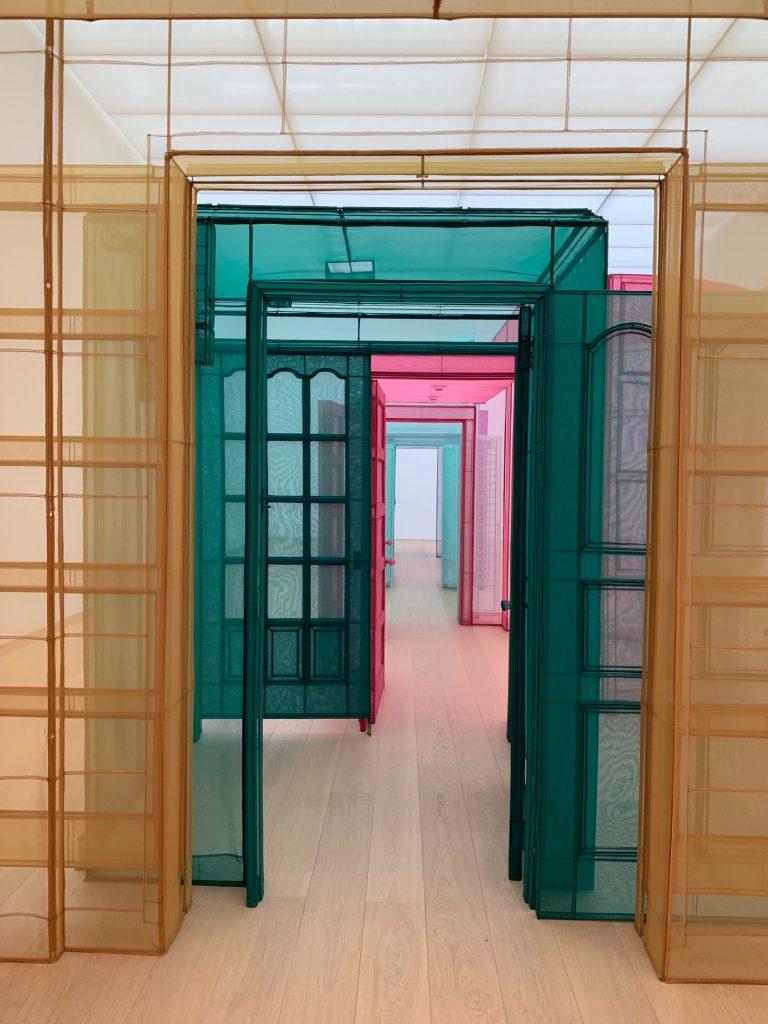 “I see life as a passageway, with no fixed beginning or destination. We tend to focus on the destination all the time and forget about the in-between spaces.” 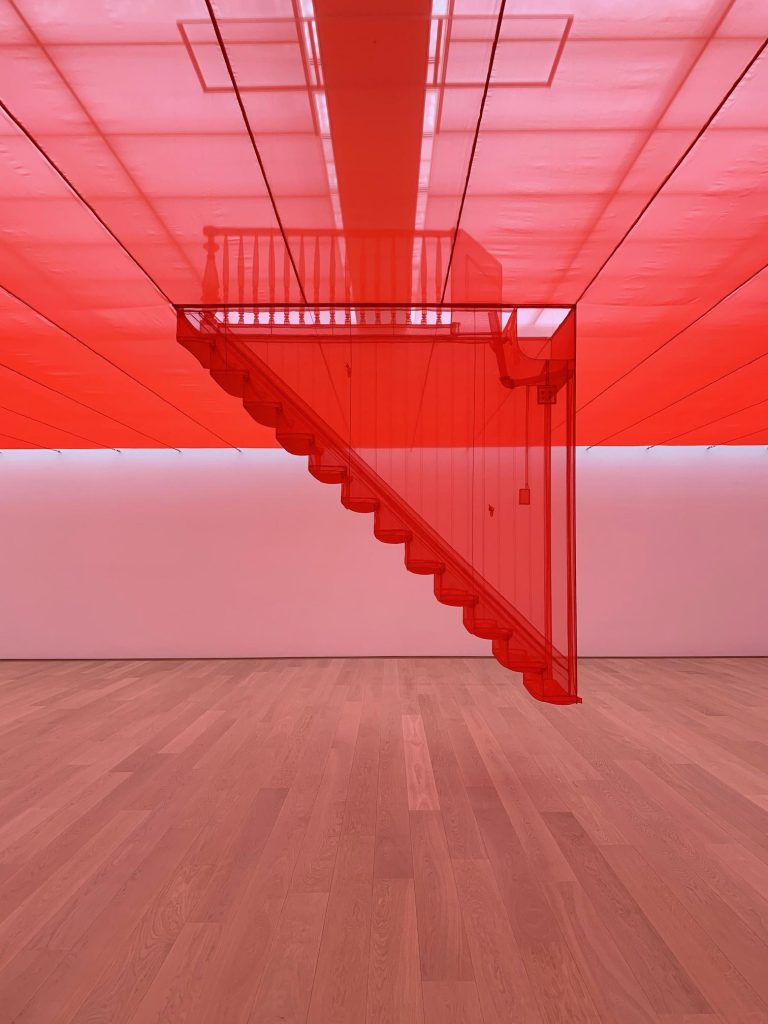 It is a recreation from the artist’s memories of his New York apartment where he lived for more than ten years. This staircase connected his flat with that of his landlord, who became his close friend. The apartment made him feel at home again, for the first time after such a long time. 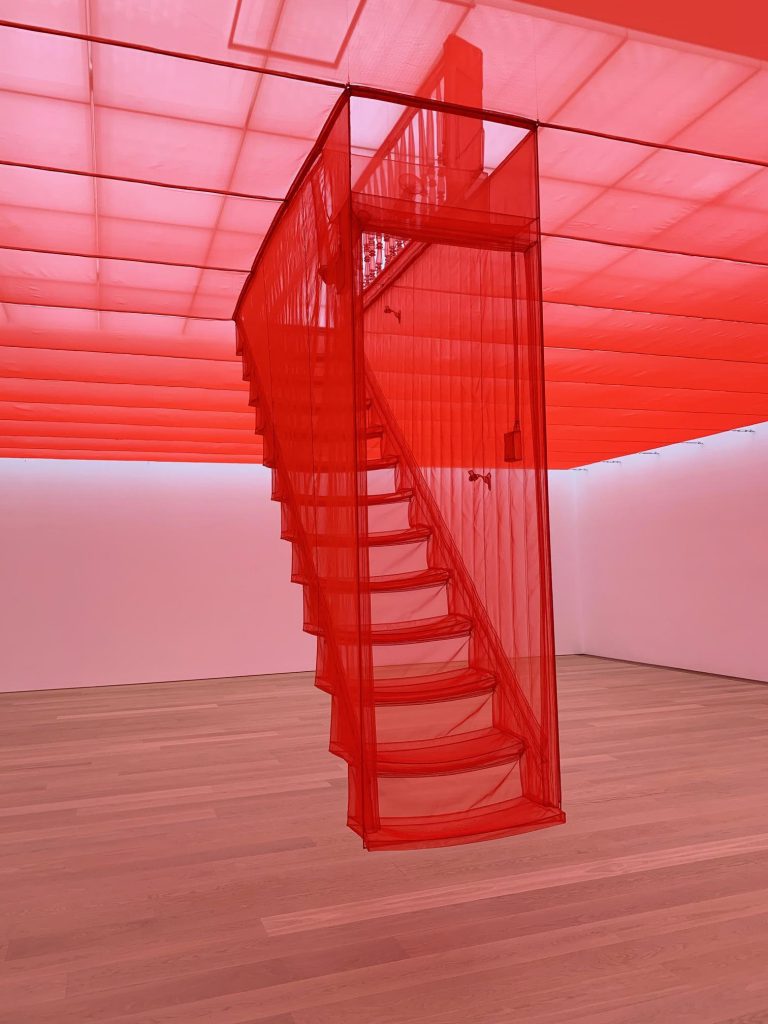 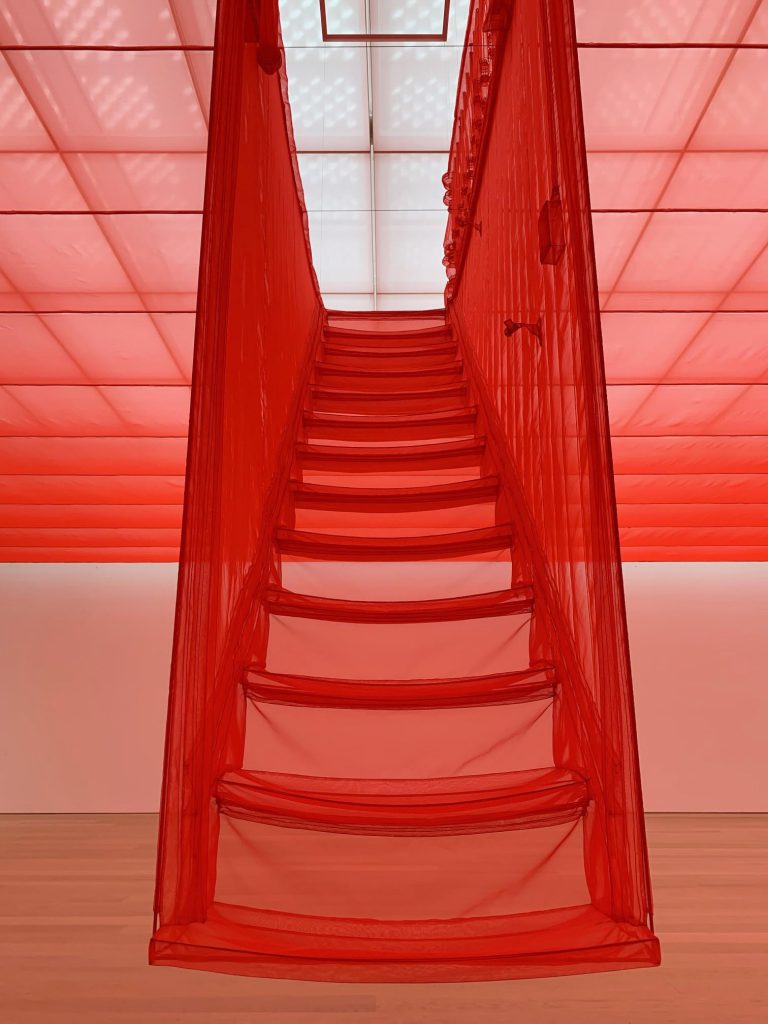 Despite its simplicity, it is an immediately arresting work. Do Ho Suh loves these in-between spaces, because they are the ones we need in order to take our journey to our destination. Sometimes happens that we pay zero attention to what we are living at the moment.

“After living in this apartment for some time, it became a kind of skin, and I felt so comfortable that I was almost not even aware of the space around me anymore. At one point, I didn’t really see the space at all, the apartment became about the orientation of my things, my movement and my routine inside.”

You can admire these installations and so much more at the Voorlinden Museum.
Since this is Do Ho Suh’s first large exhibition in Europe, and his first one in the Netherlands, make sure you see it. You have time until September 29!

NOTE: These settings will only apply to the browser and device you are currently using.

This tracks your user behaviours. For more informations you can read from the Google Documentation here.